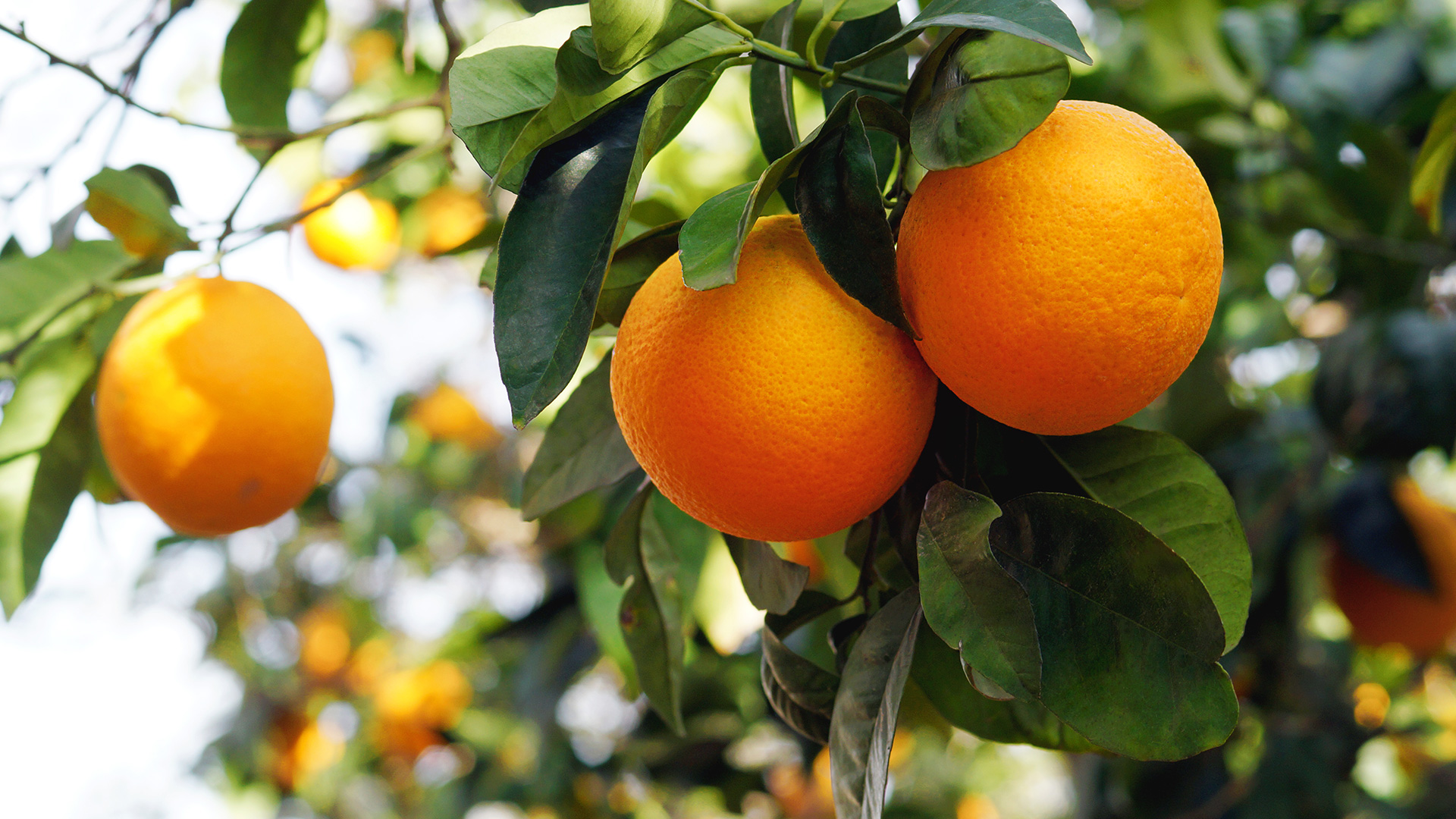 [T0] The control AKA Grower Standard

• A fall premature fruit drop trial was conducted to in 2018 at a commercial mature Hamlin grove in Frostproof, FL -USA.
• Citrus greening disease infection was consistent across the entire grove.
• Hamlin trees on Cleo root stock were planted (2008) in an East/West direction with tree spacing of 12ft X 28ft
• The block was generally mature un size at about 11ft in height.
• Plot size was 7 trees long (84ft)
• Treatments replicated four (4) times in adjacent rows.
• Experimental treatments were applied with a tractor mounted Rear Pak Blast Calibrated at 138 GPA driving 1.7 MPH.

Evaluation made one month after application:

• Fruit drop was evaluated on the center of 5 trees of each plot was raked and removed from underneath the canopy of each tree.

• Small fruit less than 2 inches in diameter was not counted in the study.

is a natural product which contains pure natural compounds and immuno-activators. It improves the efficacy of the fungicides whereas it helps to reduce the overall chemical inputs and helps as well, to reduce the chemical residues into the final piece of fruit.

Objectives: To evaluate the use of CYAN 365® to help at reducing the premature fruit drop at fall on mature oranges for processing (Hamlin's) with severe symptoms of greening HLB

For a better view of the graphs and charts, reposition your mobile device into landscape mode.

Results: Scientist Mike Edenfield conclude that Cyan 365® one month after application is reducing the premature fruit drop by less 39% whereas other treatments based on synthetic hormones like Gibberelic treatments show poor results of less 14% or less 4%. These results speak by itself and demonstrates that CYAN 365® has a role in citrus greening production programs ans may promote yield increases by reducing premature fruit drop from citrus greening.

SPECIAL NOTE FROM THE SCIENTIST (Quote): The crop season of 2018: Optimal growing conditions were observed this fall year with timely rainfall events in the test block. Good rainfall and improved Citrus Greening foliar fertilizer programs resulted in an overall yield increase of more than double compared to the previous 4 years. However even though premature fruit loss was less compared to previous years, it was still a significant factor in reducing yield.

IMPORTANT REMARK ON BEHALF OF C GREEN AG Biotechnology: Here is the demonstration that Cyan 365® is stronger than synthetic Gibberellic treatments for helping to reduce the premature fruit drop at 30 days after one single application. Superior by at least 25% or 35%... And there is a reason why, the active compounds concentrated into Cyan 365® are originally endogenous compounds. Gibberellic treatments are one single Gibberellin chemical expression replicated in a laboratory. Do you know how many chemical expressions of Gebberellins are available in the vegetal world? 70 at least, seventy different chemical expressions have been listed so far for Gibberellins in the whole vegetal world... and it must be a reason...

NUMBER OF PIECES OF FRUIT COLLECTED ON THE GROUND

•   Results obtained after one month after one application only.

•.  [T0] is the grower standard applied in a high standard and reputed commercial citrus grove in Florida - USA

•   The following products have been added on top of the grower standard. Only one variable changes at the time.

•   All treatments replicated 4 times and within a scientific study design of randomized complet block (RCB), in other words the trees haven't been pre-selected.

•. There is an obvious and significant difference with Cyan 365®. It shows more efficacy by +25 and +35% compared to gebberellic treatments tested to help to reduce the premature fruit drop after one application.

•  By passing the cursor on the bars of the graph, the data will appear.

WITHIN WHICH TIME WINDOW CYAN® IS THE MOST EFFECTIVE FOR PREMATURE FRUIT DROP?

• On trees which show severe signs of greening-HLB, and

• At one pint par acre rate (16 Oz) with one single application,

• After 60 days Cyan 365® shows still efficacy but it dropped quite significantly to: -21%

Note: By passing the cursor on the bars of the graph you will obtain the data.