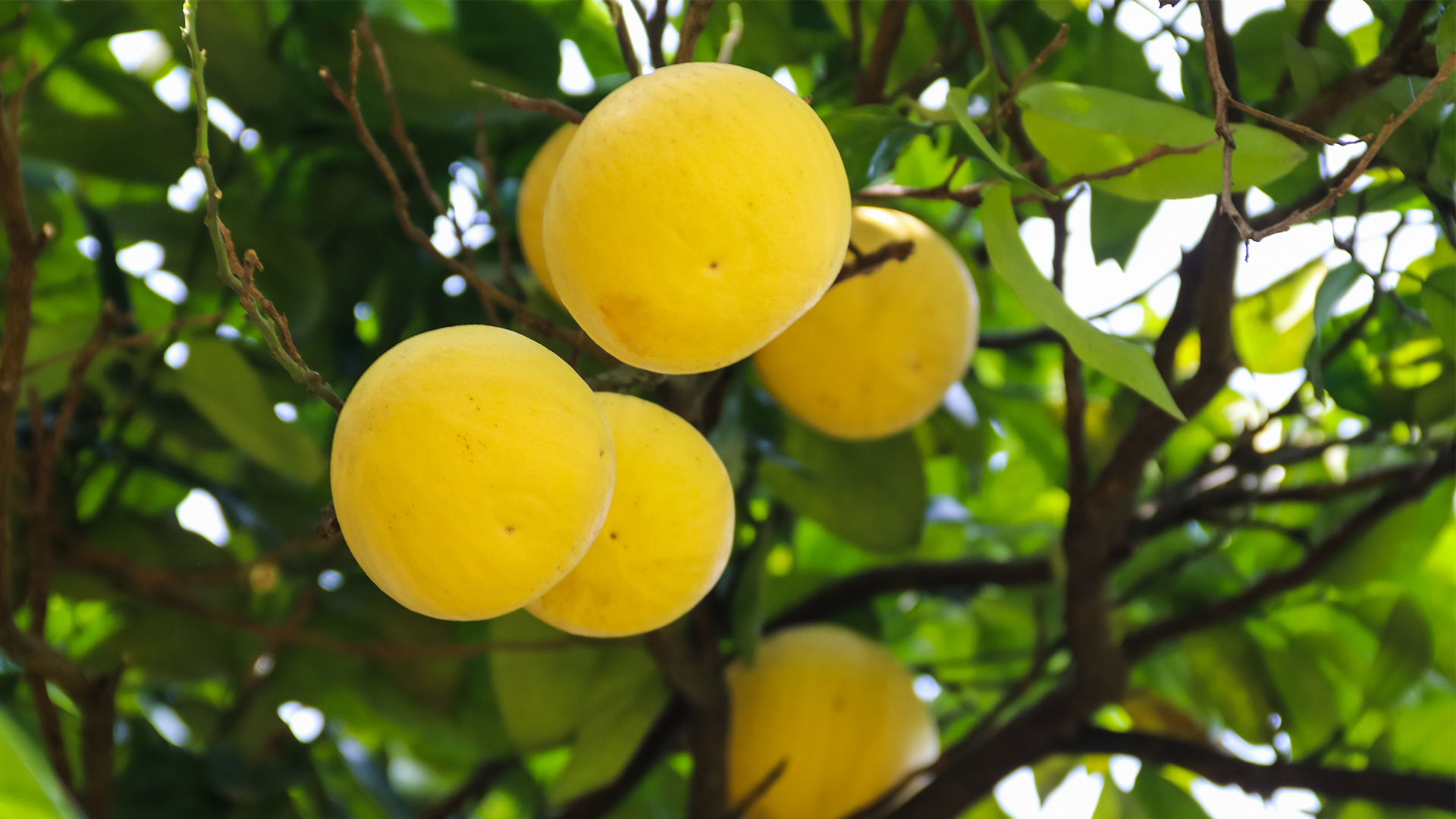 <strong>In comparison to the grower standard:</strong>

In comparison to the grower standard untreated:

For a better view of the graphs and charts, reposition your mobile device into landscape mode.

Severity of the Greasy Spots

CYAN 365® alone in [T4] demonstrates that alternative solutions with natural products can perform as well if not better than chemical products. Here we see that the severity of Greasy spots on the fruit is even more efficient with Cyan 365® alone [T4] than in [T3]. It also demonstrate here the ability of Cyan 365® to play on this fungal disease. It helps to reduce the presence of Greasy spots on the fruit of about -50% in comparison between the control alone [T1] and the Ctrl with Cyan 365® [T4]. Also check the numbers on fruit count and weight count within the same comparison.Cyan 365® is not a fungicide but it shows here clearly what could be the interest to combine it with fungicides.